Stay ahead of the accelerating digital marketplace

Learn to analyze business and technology architecture to support strategic digital innovation. Designed with curriculum from our powerful MBA course, this hands-on, 6-week online program will help you stand out in the crowded job market and deliver essential skills for a career in the digital marketplace.

The course provides a hands-on, interactive tour of the important technologies transforming most industries and commerce for business professionals and consultants from traditional organizations, start-ups and entrepreneurs seeking to harness the opportunities afforded by new technologies.

The course is designed to cover 8 crucial skills:

Submit your name and email address and we’ll keep you posted on dates for this course as well as information on related courses.

Professionals who want to learn about the latest digital trends, opportunities and disruptions in order to help pivot their career. This course will help you prepare for a variety of jobs, including:

Upon completing Digital Innovation, you will earn a digital badge recognizing your new proficiency. Share and showcase your achievements by posting your digital badge on online resumes and social networks such as LinkedIn.

This course is open for 6 weeks. You decide how best to arrange this robust, self-guided learning journey into your schedule. Most participants pace their learning to 2 to 4 hours/week.

Every reasonable effort will be made to ensure this course runs as described on this webpage. Please note that course dates and professors are subject to change. You will be notified by email in advance if there is a date or professor change. Additionally, this course requires a minimum number of registrants to take place. You will be notified by email if the course does not meet this minimum.


Online: Using elements of High Impact Learning Journeys (HILJ), each module within this 6-week program will begin with participants engaging in a number of self-paced learning activities, including relevant case studies, articles and lecture videos, to build a foundational understanding of each skill.

We strongly recommend that participants dedicate 2- 4 hours per week for each week of this course. 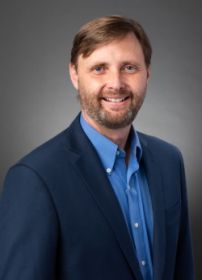 Associate Professor of Management and Organization

Scott Wiltermuth researches how socio-environmental factors affect people’s reactions to unethical behavior and their likelihood of behaving unethically themselves. He also researches how interpersonal dynamics, such as synchrony and dominance, affect people’s willingness to cooperate with others. He has published papers in Journal of Personality and Social Psychology, Psychological Science, Academy of Management Journal, Organizational Behavior and Human Decision Processes, and numerous other academic journals. His work has been reported in many media outlets, including: The Economist, The New York Times, The Los Angeles Times, and The Washington Post. Previously, he worked in the airline industry as a strategy consultant.

Discover insights, upcoming courses, webinars and workshops along with expertise from faculty and industry leaders.